From the Director’s Chair: “Is Lean Dying?”

There was an interesting article in the February 5th issue of the Wall Street Journal entitled, “Japan’s Famed Manufacturing Model is Facing a Crisis”. The sub title was, “Concepts celebrated world-wide are tarnished by a string of scandals”.

Remembering back to when Lean started, in 1995, with the books, “The Machine that Changed the World” and “Lean Thinking” by James Womack and Dan Jones, the main credit or benefit from Lean was superb Quality. We heard the terms, “Quality Circles”, “Quality at the Source”. We saw the steel marble run down the opening between the door and the roof. Most of the commercials for automobiles from Japan, focused on Quality. Many people bought Toyota’s for their reputation for Quality.

From the MIT Sloan Management Review, “What Really Happened to Toyota?” Magazine: Summer 2011

“Toyota’s Quality problems started in October 2009 with the first of a series of highly publicized recalls of Toyota vehicles in the United States. Citing a potential problem in which poorly placed or incorrect floor mats under the driver’s seat could lead to uncontrolled acceleration in a range of models, Toyota announced that it was recalling 3.8 million U.S. vehicles. The recall was triggered by the report of a fiery crash in California, where the accelerator of a Lexus sedan got stuck, resulting in the driver’s death.

To car buyers and students of manufacturing excellence, Toyota was no ordinary company. It was in a class by itself, long known, even revered, for its sterling quality. For manufacturing executives who have strived for decades to emulate Toyota, the mere suggestion that it had quality issues was a serious matter, to say the least. All over the world, executives paused to wonder if they had been chasing after the wrong manufacturing model. ………….The key question was the source of Toyota’s problems: To what extent did they originate with the product designs and assembly, and to what extent could they be pegged to the company’s manufacturing systems?”

In 1995 Hiroshi Okuda was appointed the company’s new president. Okuda, set a new direction for Toyota, one of significant growth and increased market share and another of increased profitability. Toyota’s growth rate outpaced its ability to hire resources required for the increased size of the company. There appears to be two root causes for Toyota’s quality problems. The first is an outgrowth of management’s ambitions for rapid growth. The second is the result of the increasing complexity of the company’s products. One of the outcomes of the sticking floor mats and all the other quality problems at Toyota was the hiring of 1,000 new engineers to fix all the Quality problems that started with the sticking floor mats that were followed by several more highlighted quality problems, which resulted in large numbers of recalls. Between February and August 2010, there were 13 separate Toyota recalls. They affected old and new models and were based on a wide range of issues, including steering control and fuel leakage. Two additional recalls were made in January and February of 2011. In May 2011, Automotive News reported that more than 20 million Toyota vehicles had been recalled since autumn 2009.

Toyota’s reputation for quality was gone.

The article goes on to explain some of the Lean terms and principles, particularly Kaizen and Gemba and concludes, “The Gemba is broken”.

So, did the world hop on the Lean band wagon, because it was perceived as the panacea to solve all manufacturing problems? Or was it perceived as the latest new management philosophy and everyone should implement or be left behind? Approximately ten years ago, I heard many people ask the question, “What is next, after Lean?” Over the same ten year period, I have seen the interest in Lean decline. It is perceived as getting “old and tired”. Many companies are not seeing the results that they have anticipated. Lean is based on the Henry Ford assembly line, and is great for high volume assembly. It is a forced fit to apply Lean to high mix, low volume operations. So, while there will always be high volume manufacturing with assembly lines, and Lean applies well in those operations, the world of manufacturing is changing rapidly.

Diagram is from “Is Lean dead?”

Other articles have been written on the topic, “Is Lean Dead?”

Two forward looking people have looked into the future and have described the changes that are coming in Manufacturing. Anne C. Graham of Vancouver, BC, has just published a 34 page manifesto, Manufacturing 5.0, which is available on her website, www.AnneCGraham.com/M5M Anne has taken a look at what Manufacturing will look like over the next five years. She projects a rapidly changing world that will be very costly to keep up with the emerging technologies that will be coming along. As a result, companies need to focus on reducing costs and improving profits across the other 70% entire value chain that is rarely impacted by Lean. Her approach has nothing to do with conventional cost-cutting and accounting methodologies, and everything to do with helping employees behave like owners to eliminate waste while creating more value for customers. 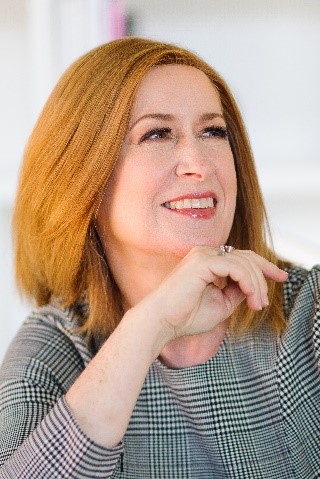 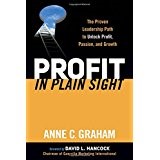 Sarah Boisvert, founder of the FabLabs, just published a book, “The New Collar Workforce”, subtitle, “An Insider’s Guide to Making Impactful Change in Manufacturing and Training”, which describes the new technologies such as AM, additive manufacturing, and the types of people and training that will be required to program and operate the new equipment. For more, visit www.fablabhub.org 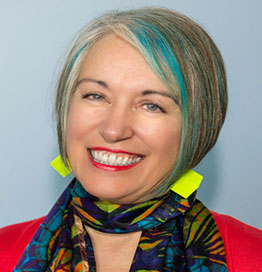 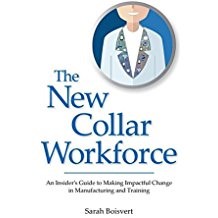 For those who are looking for the next thing after Lean, you will be very interested in reading Anne’s Manifesto, “Manufacturing 5.0” and Sarah’s new book, “The New Collar Workforce”. While reading Sarah’s book, I could not help thinking that this book could have the same impact on Manufacturing as the book “Lean Thinking” by Womack and Jones had on Manufacturing.

How Manufacturers have continued to operate during the Corona Virus Pandemic